So after a week of finding our own little adventures around anchorage, del and I have set off again....still headed north. We are so thankful and grateful for the searls family that so willingly let us crash at their house, coming and going for a whole week!
This morning we had an appt at the bike shop for a new tire for del. The shop was supposed to open at 10am. So we were there by 0940. The workers showed up at 10 but they didnt start working on any bike until after 11 am.....so we were stuck hanging around there until close to 2pm. But the silver lining is del got a new tire.
We headed north towards fairbanks...hitting a bit of rain which stopped just before Denali but sadly it was under cloud as it is most of the year. :(
However the evening broke into a beauty as we rode thru some gorgeous land of the Denali national park. Del nearly met a moose head on, which has him going thru some PTSD now but hopefully it wont be too severe ;)
We are now enjoying the warm hospitality of a friend connection just outside of fairbanks.
Tomorrow......coldfoot. and the journey to the artic ocean begins. 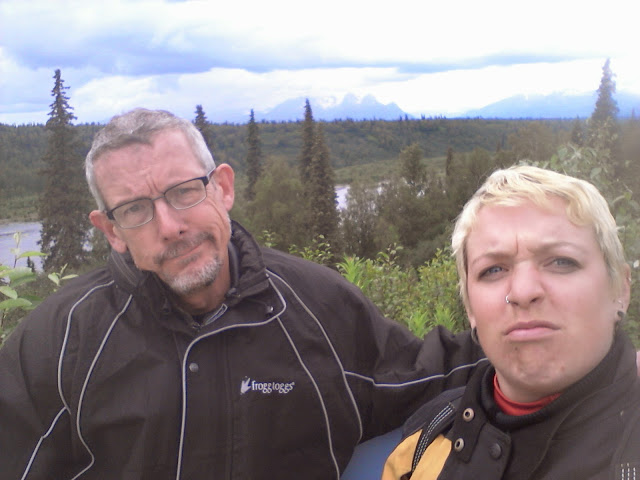 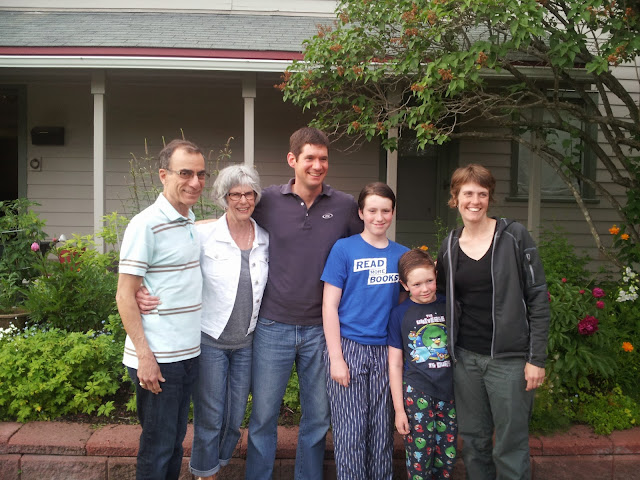 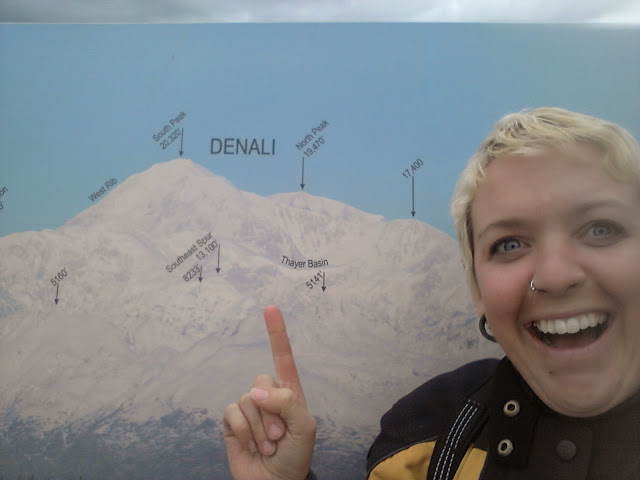 Posted by Nurseneuf at 1:49 AM